I’ve been down with some computer problems.

I have a follow up about my last post. I mentioned an investor I went to see that bashed immigrants and democrats, on his investment radio program. He now has a religious radio program also. On his radio program he was bashing Jehovah Witnesses and other faiths. I have criticized Catholic radio in the past for bashing other faiths. I was glad I found out the financial advisor was a bigot before I became his client. I don’t want to deal with people who want to spread hate. I just saw how racist hate consumed a young man in South Carolina and how that hatred acted as a murderous plague that consumed nine innocent people.

In this post I’m going to use some photos I used before to discuss an ongoing symbol of racism.

Dylann Storm Roof went into a historic African-American church in Charleston, South Carolina church, sat for an hour, and then shot to death nine black church members. He let a few people live so they could convey his racist message of wanting to start a race war. In a photo posted by the New York Times, Dylann Storm Roof, is seen posing in front of a car with a license plate bearing several iterations of the Confederate flag. The state of South Carolina flies the Confederate flag in front of the Capitol building. That is how South Carolina whites convey their racist message. When it became time that Southern states had to honor the federal holiday of Martin Luther King Day many of these states inserted their racism into that holiday. Southern states Arkansas, Mississippi and Alabama decided to observe a joint holiday for King and confederate Gen. Robert E. Lee. In Gen. Robert E. Lee’s attacks on the North he enslaved ever free blacks he came across. So what are black American today to think when Southern states Arkansas, Mississippi and Alabama now observe a joint holiday for King and Lee?

In a Pew survey in 2011, 8 percent of Americans said they display the Confederate flag in their home or office. That works out to about 25 million people. Vehicle owners in 10 states—Alabama, Georgia, Louisiana, Maryland, Mississippi, North Carolina, South Carolina, Tennessee, Virginia and West Virginia—can order state-issued plates with the Sons of Confederate Veterans emblem, a square version of the Confederate flag. What is really strange is that Maryland wasn’t even a member of the Confederacy. In 2001, the citizens of Mississippi voted two-to-one to keep the Confederate symbol in the top left corner of their state flag. 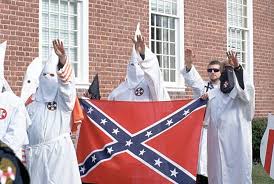 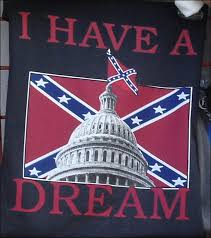 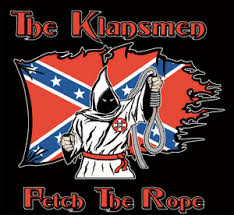 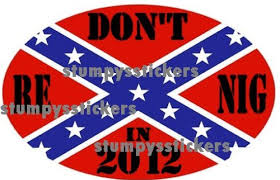 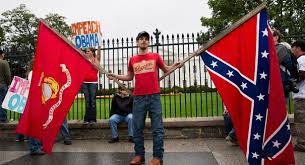 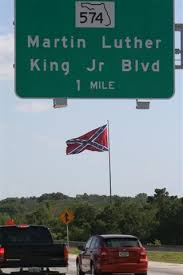 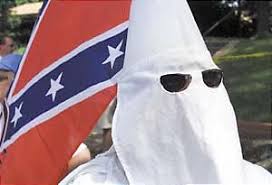 I wrote this poem about the Confederate flag a few years back.

The Stars and Bars

to let the black man

know to keep his place.

for the Confederate flag,

in a fucking museum.

Aimee Mann: “Save Me”

“Pit race against race, religion against religion, prejudice against prejudice. Divide and conquer! We must not let that happen here.” ~ Elanor Roosevelt